I have been an M5 customer for over 10 years. Their technical expertise, dedication and attention to detail, and personal service is first-rate.

Meet the family. Here are some of the awesome organizations that have chosen our Dedicated Servers or Cloud Hosting for all or part of their Internet-facing infrastructure.

Meraki provides cloud-managed products for large-scale, distributed wired and wireless networks. Meraki was acquired by Cisco Systems in 2012, but continues to operate independently from several data center locations around the world, including with M5 Hosting, Inc.
Back to Top

Intel sponsors a non-profit consortium, with a charter to develop and distribute a set of objective performance benchmarks based on popular computer applications and industry standard operating systems. This consortium, known as BAPCo, produces the SYSmark (sysmark.com) application benchmark.
Back to Top

Expensify: Expense Reports that Don’t Suck!
Simplified expense reporting your employees will love. Streamline the way your employees report expenses, the way expenses are approved, and the way you export that information to your accounting package.
Back to Top 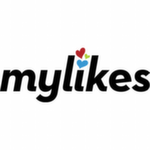 MyLikes is a social media advertising platform that empowers publishers to promote what they like and engage their audiences while making money.
Back to Top

Nginx is an open source reverse proxy server for HTTP, HTTPS, SMTP, POP3, and IMAP protocols, as well as a load balancer, HTTP cache, and a web server (origin server). The nginx project started with a strong focus on high concurrency, high performance and low memory usage. It is licensed under the 2-clause BSD-like license and it runs on Linux, BSD variants, Mac OS X, Solaris, AIX, HP-UX, as well as on other *nix flavors. It also has a proof of concept port for Microsoft Windows.
Back to Top

The ShareThis button is an all-in-one widget that lets people share any content on the Web with friends via e-mail, AIM, or text message. Shar.es is the URL shortener for ShareThis.com
Back to Top

Sonics Inc. is the global leader in trusted on-chip network (NoC) technologies used by the industry’s top semiconductor and electronics product companies. Sonics was the first company to develop and commercialize NoCs, accelerating volume production of complex systems-on-chip (SoC) that contain multiple processor cores. Sonics’ NoCs are integral to the success of SoC design platforms that innovators such as Broadcom®, Intel®, Marvell®, MediaTek, and Microchip® rely on to meet their most demanding SoC integration and time-to-market requirements.
Back to Top

Advanced Medical Pricing Solutions (AMPS) has become the preeminent supplier of healthcare claim review and verification services over the past eight years.
Back to Top

Axis Communications AB is a Swedish manufacturer of network cameras for the physical security and video surveillance industries. It operates in the transport, infrastructure, retail, banking, education, government and industrial market segments.
Back to Top

Baisden and Company, a marketing and branding company with 29 years of professional excellence.
Back to Top

Bluepex is a Brazilian maker of Unified Threat Management (UTM) devices including firewalls and anti-spam systems.
Back to Top

NOTW is a successful Christian eCommerce site and ministry. NOTW is one of the most recognizable brands in Christian-based apparel that caters to younger generation Christians.
Back to Top

ArtistWorks is dedicated to providing anyone, anywhere in the world with affordable, interactive access to some of the greatest music and art teachers in the world. Our Video Exchange™ Learning Platform connects master teachers with enthusiastic amateurs in a unique social online learning environment where each interaction becomes a learning experience for all.
Back to Top

Magic Touch Software was founded in October 2002 by the three key developers. Since shifting focus to the dental industry, MTS software products have emerged as the leading software solutions for dental laboratories worldwide. In many cases the unique feature set and powerful designs have set the bar for all dental lab software. Riding the wave of success generated by the flagship product, Dental Lab CPM Enterprise, Magic Touch Software has experienced continued growth expanding operations overseas, tripling the employee work force, and continued releases of new and revolutionary products each and every year.
Back to Top

MMG has extensive experience building sustainable enterprise SEO infrastructures for fortune 1000 companies worldwide. MMG understands how to thoroughly identify the current SEO weaknesses and strengths of a large web presence, and then implement the technology and tools required to perform highly effective enterprise SEO tactics.
Back to Top

Nokia Networks, and formerly Nokia Solutions and Networks and Nokia Siemens Networks, is a multinational data networking and telecommunications equipment company headquartered in Espoo, Finland, a wholly owned subsidiary of Nokia Corporation.
Back to Top

The National Organization for the Reform of Marijuana Laws (NORML) is an American non-profit organization based in Washington, DC whose aim is to move public opinion sufficiently to achieve the legalization of non-medical marijuana in the United States so that the responsible use of cannabis by adults is no longer subject to penalty.
Back to Top

Phidgets are a set of user friendly building blocks for low cost USB sensing and control from your PC. Simply plug in the device and write a program with the help of their robust API. Applications can be developed quickly by programmers using their favorite language.
Back to Top

Psyonix has been working with industry-leading game publishers and developers for over ten years. As experts in Unreal Engine technology and multiplayer gaming, Psyonix has been a driving force behind some of the biggest titles in the marketplace. The studio’s first game was the highly successful Onslaught for Unreal Tournament 2004, a game mode Psyonix concepted and designed. Afterwards Psyonix took its experience in multiplayer and rapid gameplay development to work on such titles as Gears of War, Unreal Tournament 3, XCOM: Enemy Unknown, Homefront, Bulletstorm, and Mass Effect 3. Psyonix continues to specialize in game development for next-gen consoles, PC, and mobile platforms.
Back to Top 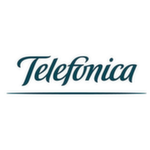 Telefónica, S.A. is a Spanish broadband and telecommunications provider with operations in Europe, Asia, North America and South America. Operating globally, it is the sixth-largest mobile network provider in the world.
Back to Top

The Tribune Company, also known as Tribune, is an American multimedia corporation with official headquarters in Chicago, Illinois. Founded in 1847, it operates many large media companies and web properties.
Back to Top

ViaSat (NASDAQ:VSAT) produces innovative satellite and other digital communication products that enable fast, secure, and efficient communications to any location.
Back to Top

WooMe.com, ShufflePeople.com, and Monsterchat.com were online dating and video chat apps that connected people who have common ground. The properties were acquired by Zoosk in 2011.
Back to Top

Ready to count yourself as part of the M5 family? Get in touch with us today.